PIA’s degree and diploma programs are of the highest standards, comply with Commonwealth Government requirements, and are designed to be accredited by the relevant professional bodies.

PIA’s Academic Board and Board of Directors ensure that the education provided is of the highest standard. 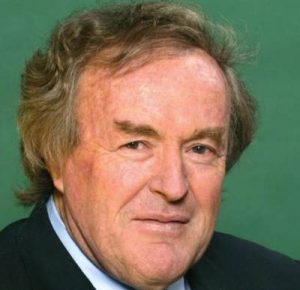 Professor Deves holds an Honours degree in psychology and research methods (UNSW, 1977), a Masters of Business Administration (MGSM, 1985), and a Doctor of Philosophy (IMC, 1996). Professional experience in operations planning and research preceded commencement of an academic career at the Faculty of Business, at the (then) University of Western Sydney (now Western Sydney University) in 1987. At the University of Western Sydney he demonstrated a commitment to academic innovation, commercial development and managing business programs delivered on-campus within several Australian corporations and through an extensive international network.
Senior academic positions include Director, Graduate School of Management (1994–2000), Director, International Programs, Sydney Graduate School of Management (2001-03), and Professor of Management, Charles Darwin University (2006-10), where he has held the honorary position of Professorial Fellow since 2017.
Publications include management related journal articles, reports and research monographs. Research papers, including keynote addresses, have been presented to conferences and institutes in Europe, Scandinavia and Asia. He has served on the editorial board of an international journal since 2006.

Dr Milgate has held a number of senior academic positions (Academic Director or Dean) with various Higher Education Providers before joining PIA, as well as positions with several Australian universities and the Australian Defence Force Academy.
Dr Milgate’s degrees are in management and marketing, higher education, history and legal theory. He holds Fellowships with the Royal Society for the Arts, the Australian Marketing Institute, and the Institute of Managers and Leaders, and membership with a number of other education and management organisations.
Dr Milgate has worked with facilities and engineering, aerospace, forensic IT, and wine industries in Australia and internationally.

Elaine was appointed as an Associate Professor in the Department of Accounting and Corporate Governance at Macquarie University in 2008. Prior to that, she held academic positions at UWS, ANU and UNSW. She has taught both undergraduate and postgraduate subjects in the financial accounting area. She also has supervised Honours and PhD students across many different topic areas within the financial accounting discipline including Consistency of financial reporting in NSW Government Departments; Factors affecting the readiness of SMEs to Adopt AIFRS; The effects of AIFRS on entities reporting Intangible Assets; Corporate governance; Impression management in annual reports; Sustainability reporting; Acculturation and educational effects on interpretation of accounting standards; Political factors affecting the development of international accounting standards; The usefulness of fair value accounting; IFRS for SMEs; and Accounting professionalisation projects.

Kathie Ardzejewska is the Manager of the Learning and Teaching Office (LTO) at The University of Notre Dame Australia. In this role she provides managerial leadership, steering the LTO team in collaborations with the academic community as well as providing support and resources for educators. Kathie is also the Deputy Chair of the Learning and Teaching Committee providing strategic leadership in the development of quality learning and teaching practices. Prior to this, Kathie held the position of Associate Dean (Programs and Quality) at the Australian College of Physical Education where she drove a number of innovations including the implementation of transition pedagogies and technology enhanced learning. She was twice presented with the excellence in teaching award by the College. Kathie is a Principal Fellow of the Higher Education Academy, Fellow of the Higher Education Research and Development Society of Australasia (HERDSA) and an accredited panel chair with the Australian Institute for Teaching and School Leadership. She is an academic board member of a number of independent higher education providers and was an inaugural member of the Steering Committee of the Higher Education Private Provider Quality Network. Kathie is currently presenting and writing about technology enhanced learning: leadership in higher education; assessment and transition; and the intersection of social determinants and how these play out in the success and wellbeing for people on the margins.

Lee Ridge is a Chartered Accountant and the Head of Discipline (Accounting) at PIA.
Lee has worked in the accounting profession in Insolvency and Reconstruction Services in Australia and Hong Kong, for Deloitte and Ferrier Hodgson. In business, Lee has held a number of positions ranging from Chief Financial Officer and Company Secretary to Financial Controller concentrating mainly in technology-based businesses. These businesses have varied from venture capital-funded start-ups to a telecommunications provider.

Lee also currently teaches Accounting and Finance and Financial Accounting Information Systems at La Trobe University (Sydney) and the International College of Management Sydney (ICMS). Lee’s educational leadership was recognised in a Teaching Award by La Trobe University as well as being on Panels for continued accreditation of its accounting subjects by CAANZ / CPA Australia, as well as being part of La Trobe University’s Business School successful accreditation by The Association to Advance Collegiate Schools of Business (AACSB). Lee has been responsible for the introduction of students developing practical skills for the business world by introducing the use of accounting software and applications such as Excel into accounting curricula.

Lee is also a PhD researcher at the University of Sydney. 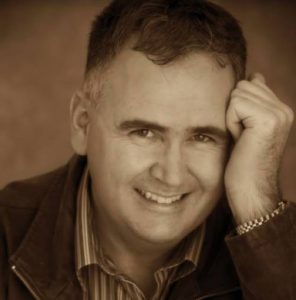 Professor Tarrant is a part-time Professor at the Law School of the University of Western Australia.
Professor Tarrant’s tertiary qualifications include a Bachelor of Arts, Bachelor of Commerce, Bachelor of Science, Bachelor of Laws with Honours, Master of Laws, Master of Defence Studies, Doctor of Juridical Science, and a Doctor of Philosophy. He also has a certificate in Law Teaching and diplomas in Taxation, Finance and Adult Education. Prior to joining UWA, he worked in the mining and petroleum industries as a company director with an emphasis on developing junior mining companies.
Professor Tarrant is a Barrister of the High Court of Australia and has been admitted as a legal practitioner in Western Australia, Victoria, New South Wales, Queensland, the Australian Capital Territory, and New Zealand.

Mr Abraham is currently the global financial controller for one of Australia’s top 25 fastest growing companies.
During his tenure Mr Abraham has driven efficiencies and reduced risk across the company, against the background of a company growing exponentially. He is an experienced financial controller working across many sectors over the past 19 years, and has a demonstrated ability to adapt to a variety of environments, effectively restructuring people and processes to optimise efficiency and output. He has specialist knowledge in complex financial model development. Commercially minded, Mr Abraham is a strong negotiator with proven success in obtaining attractive contract terms. He has successfully lead international and interstate business establishments and restructures, and specialises in utilising both financial and non-financial data in order to manage risks.

Mr Egan is a Director of the public relations firm Flagship Communications Pty Ltd. Prior to establishing Flagship Communications in 2003, Mr Egan worked as a Ministerial Adviser in the Howard Government and a teacher in the Catholic Education system. He has more than 19 years’ experience in stakeholder engagement, government relations, community consultation, issues management and media management.
Mr Egan holds numerous qualifications in communications and education, including a Master of Arts degree in Organisational Communication, a Bachelor of Education, a Graduate Diploma in Communication, a Graduate Certificate of Public Relations and a Certificate IV in Workplace Training and Assessment. He is a graduate of the Australian Institute of Company Directors and member of the Public Relations Institute of Australia (NSW Division). 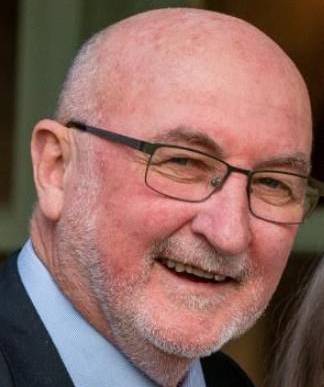